The KVSOA Board of Directors, the Kankakee Valley Youth Symphony, the KVSO Women’s Board and the KVSO Foundation all make up the Association.

In the years following World War II, a number of attempts were made to establish a symphony orchestra in Kankakee County. For largely financial reasons, these efforts failed. However, the seed had been planted.

In late 1965, a small group of local musicians began meeting together to play chamber music for their own pleasure. By March 1967, the group had grown to 25 players and The Society for the Friends of Music was formed.

Although the group’s original purpose was to experience the sheer joy of playing together, the organizers had the wisdom and foresight to recognize that such a musical aggregation could provide a valuable asset to the community in the form of musical education and public performance. The original charter of 1967 reflects these goals and aspirations.

How and where was the orchestra first organized?

Who has conducted for the orchestra since its organization?

A corporate/community partner is an organization who shares its mission, goals, and story with our KVSO family through an investment in our organization. 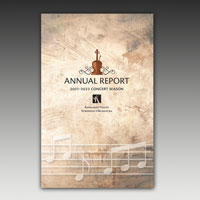